You can visit Nicaragua anytime, all year-round as it is a tropical destination.

Nicaraguan culture is very colorful, it’s people enjoy preserving the originality of it by portraying dances with hand made customs that represent the heart of our country. 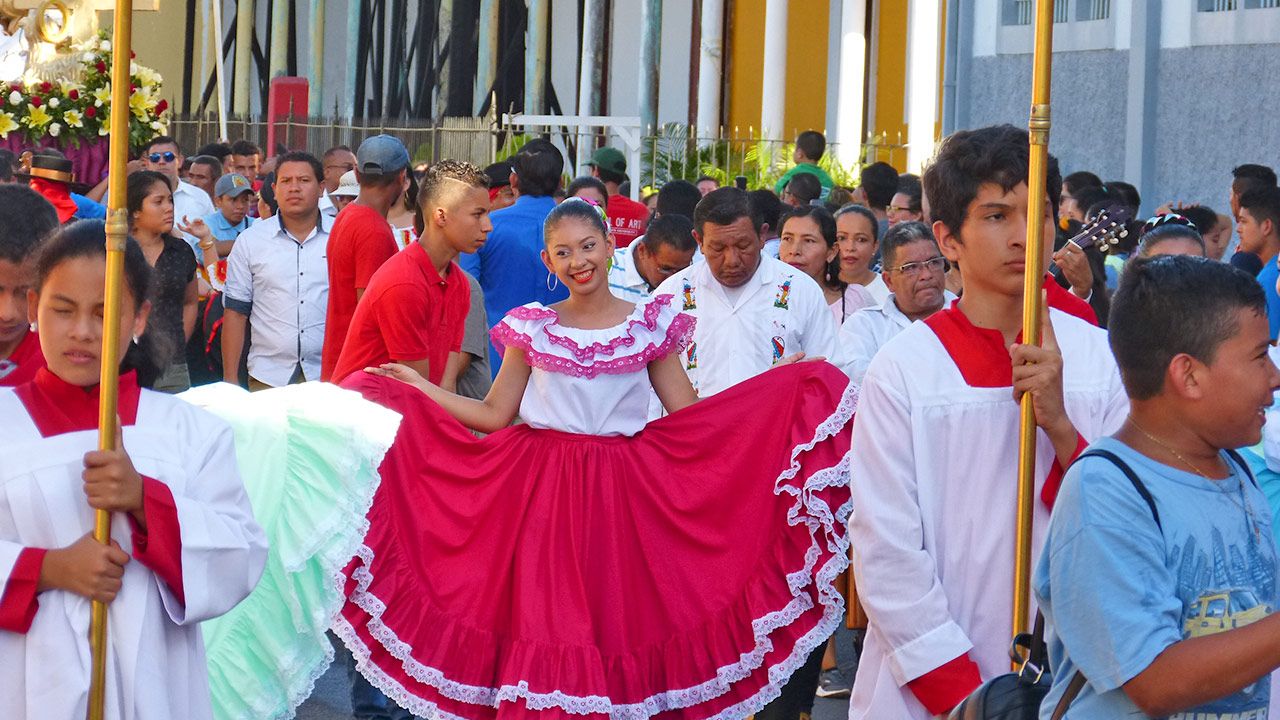 El Güegüense (also known as Macho Ratón) is a satirical drama and was the first literary work of post-Columbian Nicaragua. It is regarded as one of Latin America's most distinctive colonial-era expressions and as Nicaragua's signature folkloric masterpiece combining music, dance and theater.

El Güegüense is performed during the feasts of Saint Sebastian in Diriamba and Saint Anne in Niquinohomo.

The play of El Güegüense dates back to the colonial era. Although the exact date is unknown, some estimate it to be from the end of 17th century or the beginning of the 18th century. It's considered the ultimate expression of the characteristics of the Nicaraguan people, their language.

Nicaragua is the least densely populated nation in Central America, with a demographic similar in size to its smaller neighbors. It is located about midway between Mexico and Colombia, bordered by Honduras to the north and Costa Rica to the south.

Nicaragua was populated by wandering hunters and collectors from Mexico about 3000 years ago. The word Nicaragua comes from the native language Náhuatl and is the name of Nicarao, the chief of the Niquirano tribe who dominated the narrow strip of land between Nicaragua and the Pacific Ocean at the time of the Spanish conquerors.

In 1502 Christopher Columbus entered the country as the first European, and until 1821 Nicaragua remained a colony of the Spanish crown. Nicaragua is richly blessed with original preserved remains of Spanish colonial history, such as churches, palaces, manor houses, monasteries in the colonial style of the country. León and Granada, the two eternally rival colonial cities, offer a particularly imposing selection of historic buildings and districts that can be found around the country. The Cathedral of León and the ruins of León Viejo are UNESCO World Heritage sites.

Most of Nicaragua's Caribbean lowlands area was inhabited by tribes that migrated north from what is now Colombia. The various dialects and languages in this area are related to Chibcha, spoken by groups in northern Colombia. Eastern Nicaragua's population consisted of extended families or tribes. Food was obtained by hunting, fishing, and slash-and-burn agriculture.

When the Spanish arrived in western Nicaragua in the early 16th century, they found three principal tribes, each with a different culture and language: the Niquirano, the Chorotegano, and the Chontal.

Each one of these diverse groups occupied much of Nicaragua territory, with independent chieftains who ruled according to each group's laws and customs. Their weapons consisted of swords, lances, and arrows made out of wood. Monarchy was the form of government of most tribes; the supreme ruler was the chief, or cacique.