How can I combine Costa Rica with Nicaragua?

When you visit another country, a big part of the costs of our vacation is flight tickets. Sometimes we want to get the most of that investment, so why not getting to know more than just one country? So if you are planning to visit Costa Rica, you might be thinking about visiting at least one of the two neighbouring countries, Panama and Nicaragua. In this blog, I would like to give you some ideas about how to connect Costa Rica with Nicaragua to get the most out of your vacation.

Luckily, nowadays Costa Rica is greatly connected with flights to other parts of the world like Canada, the United States, and Europe. Therefore, a good alternative to combine both countries could be an itinerary arriving and leaving the Airport in San José, Costa Rica, including some days during the trip to Nicaragua.

First of all, I would like to answer some doubts you might have since you probably have heard that Nicaragua has been through a difficult time since April 2018.

Is it safe to travel to Nicaragua?

After the protest of the citizens of Nicaragua against the government in April 2018 and the recent political situation in Nicaragua, it is normal to wonder whether it is safe or not to visit Nicaragua. This is an interesting topic because it might look unsafe, but the truth is that now it is safe to travel to Nicaragua. During your trip, a road might be closed because of protests, for example, but that doesn’t mean that your life would be in danger.

It is admirable to see how the tourism sector of this beautiful country is developing since more and more tourists are interested in visiting Nicaragua.

Why combining Costa Rica with Nicaragua?

Compared to Nicaragua, there are not that many colonial architectural attractions in Costa Rica. For this reason, combining both countries is simply perfect because you get the chance to get to know the tropical nature and also admire the cultural wealth of both countries. 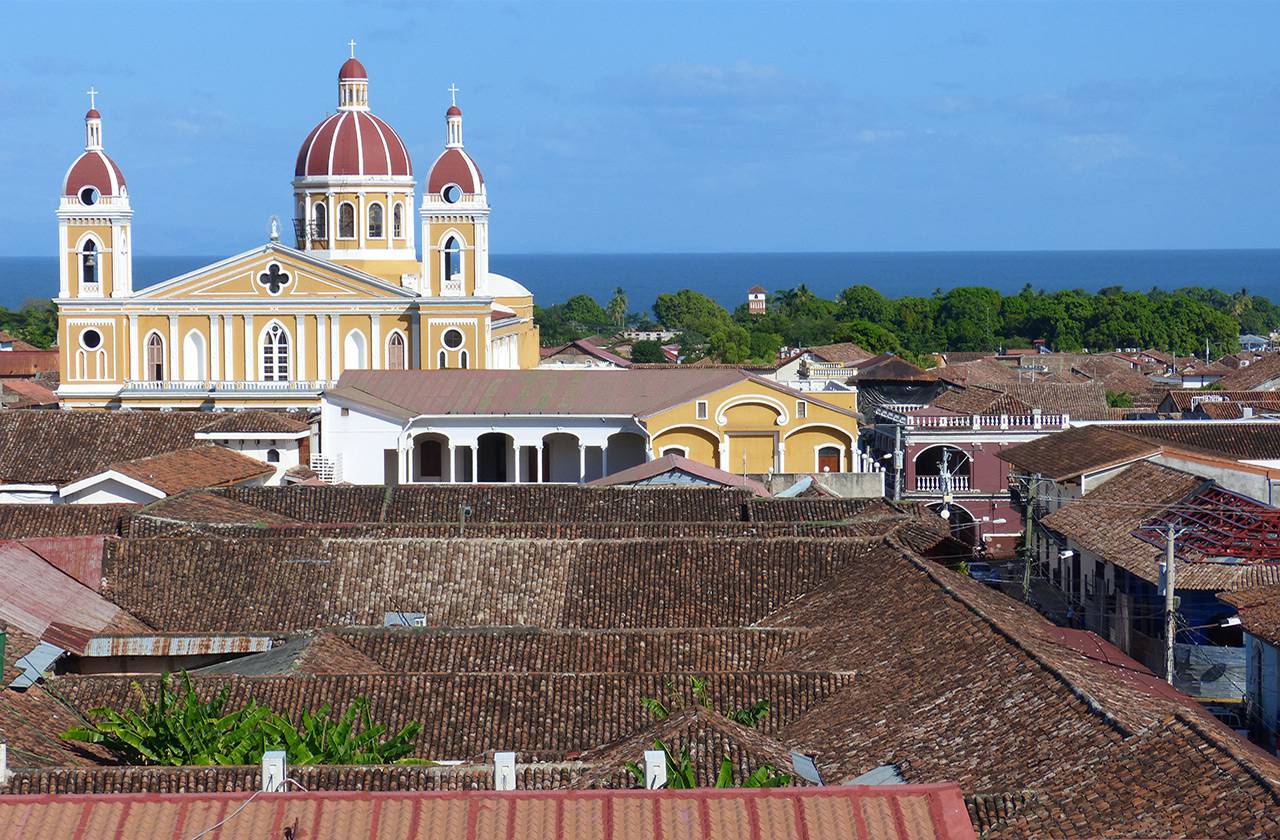 Also, it is perfect for anyone who loves volcanoes and gastronomy, since in both counties you will see many volcanoes, as well as traditional plates. 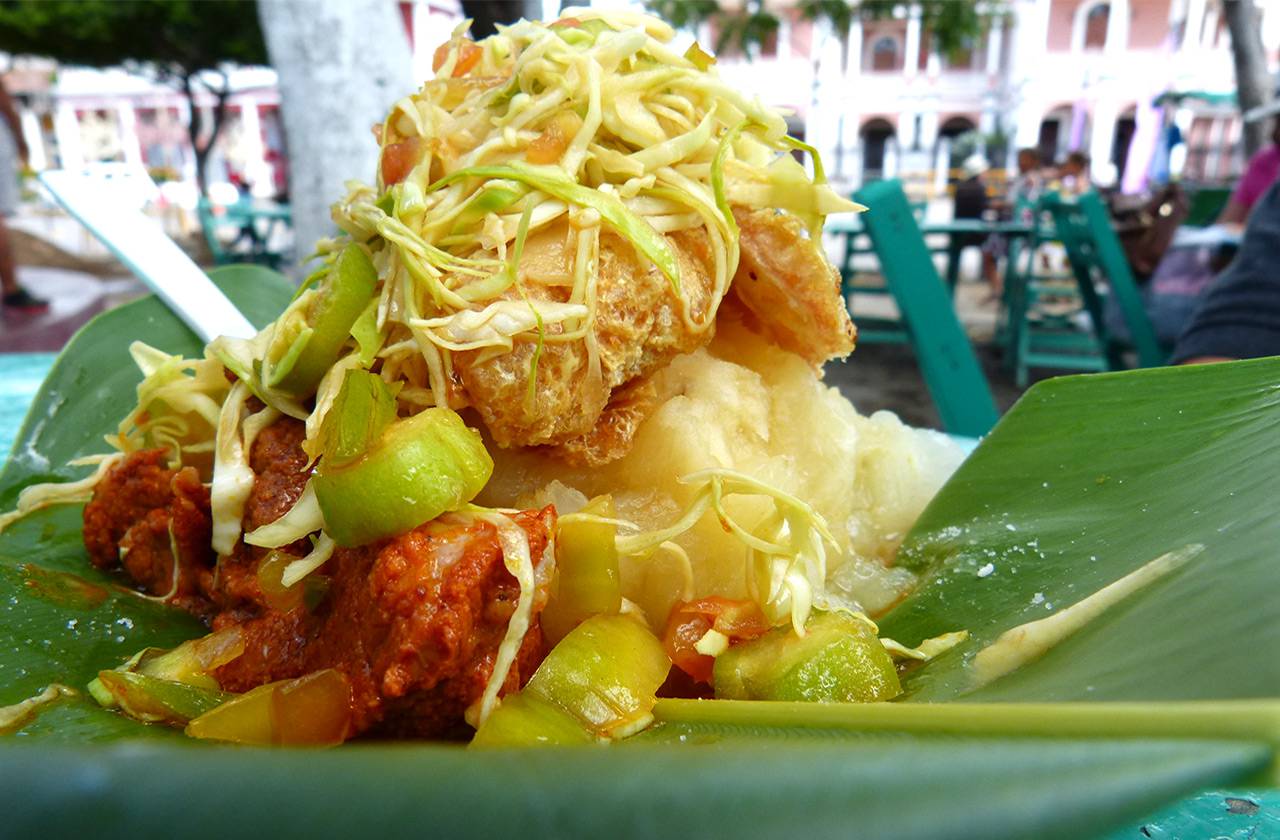 What is the best way to visit Nicaragua?

To travel to Nicaragua, you could do a tour with a private guide who will explain to you all the details that you need to know during your vacation, or you could rent a car and discover the main touristic destination at your tempo, making stops wherever you wish.

To give you a little orientation about what you should visit and in which order I recommend you to do it, I will give you some ideas for itineraries that you could do. So let’s start!

The best of Costa Rica and Nicaragua (16 days/ 15 nights)

For this itinerary, you have to arrive and leave from the airport of San José, Costa Rica, and spend the first night in San José, the capital of Costa Rica, and then 2 night in Monteverde, one of the most visited tourist destinations, where we find the beautiful and magical cloud forest. 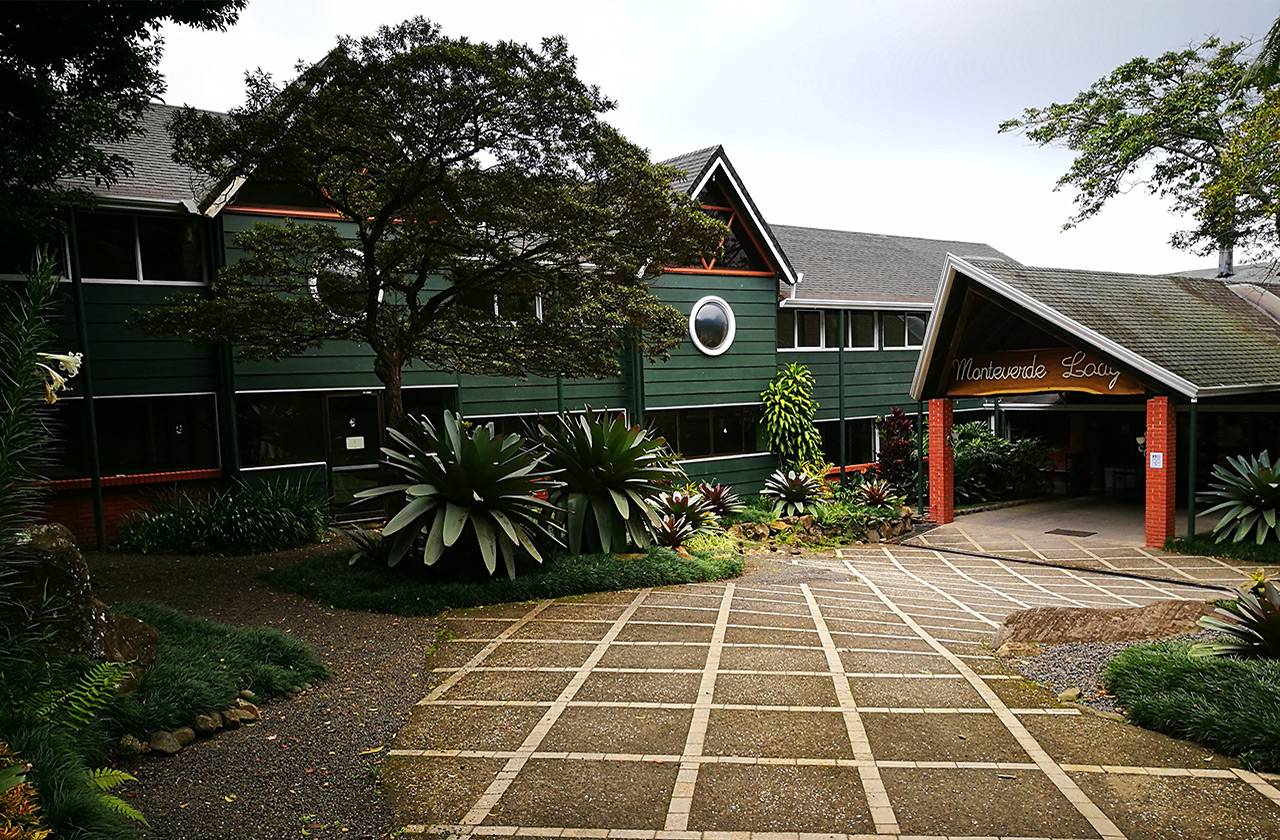 After visiting this beautiful place, you could visit the region of Rincón de la Vieja, a volcanic complex of the northern Costa Rican mountain range and one of the most beautiful volcanoes in this country. Even though it is not possible to hike to the crater due to its recent volcanic activity, it is possible to walk along the hiking trails to admire the activity of this majestic volcano in the mud pailas or visit the waterfalls in this area. 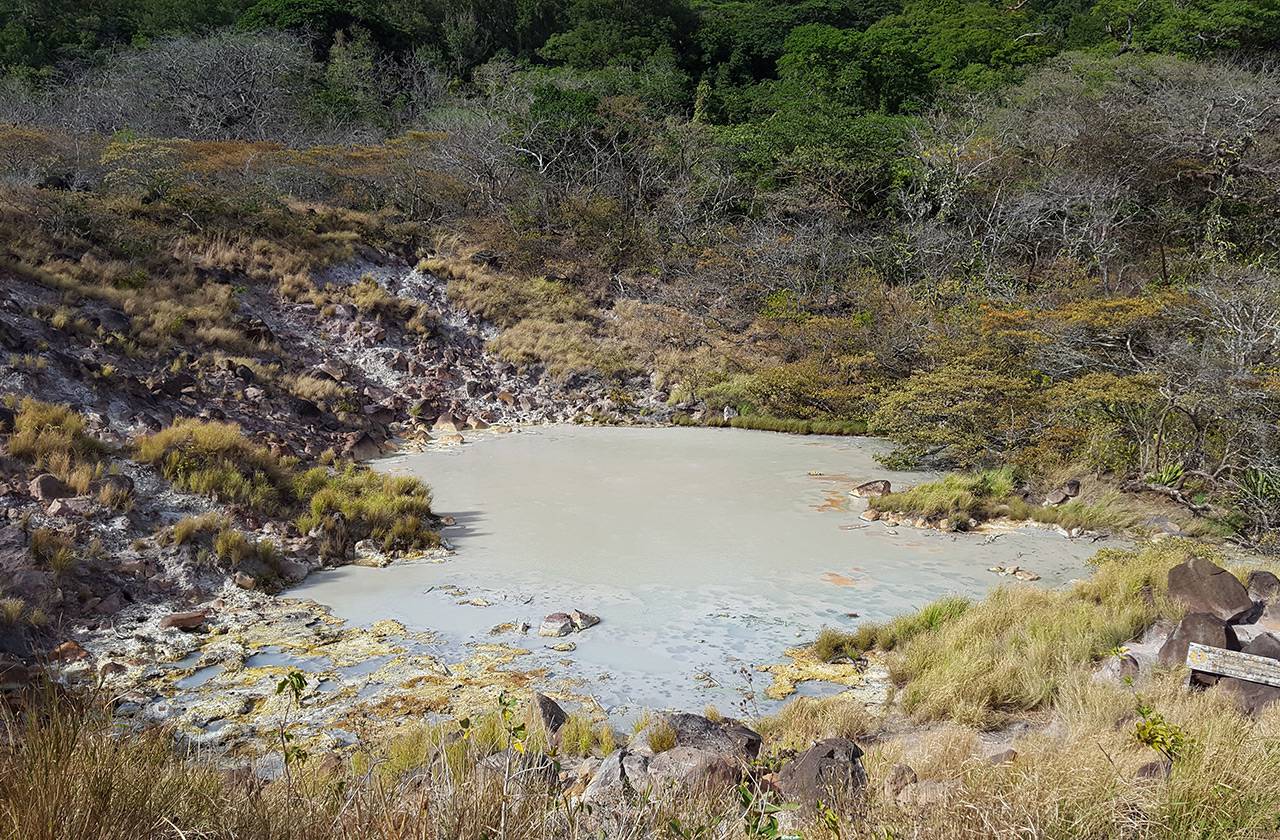 After spending time at Rincón de la Vieja, you will drive to the beautiful colonial city of Granada, which houses great historical and cultural wealth, and also colonial and neoclassical architecture. From Granada, it is possible to visit surprising places like the Isletas de Granada, the natural reserve of the Mombacho Volcano or the National Park of the Masaya Volcano. 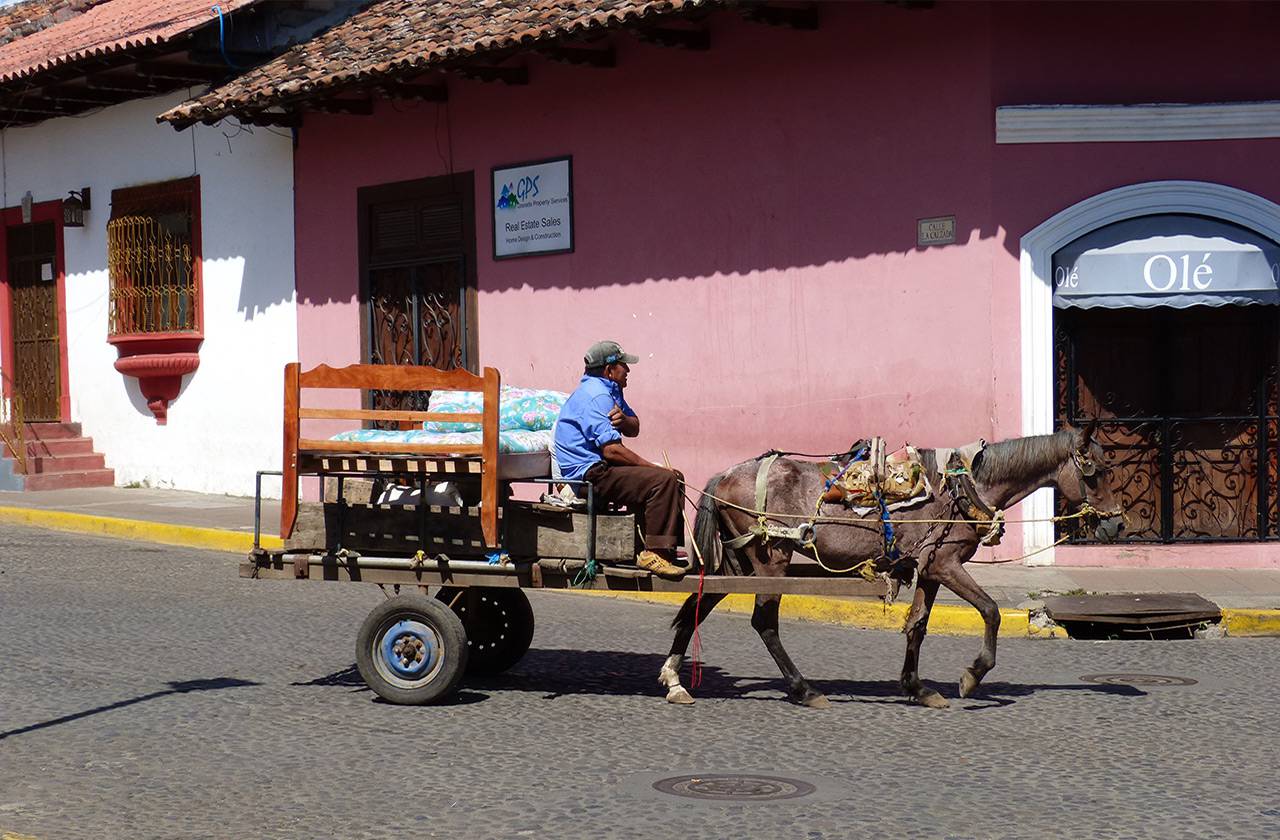 After enjoying Granada, you can spend two nights at Isla Ometepe, an island that impresses everyone, since the main attraction are two imposing volcanoes that are part of a great volcanic complex of this beautiful country. You can also take a relaxing bath in the thermal waters as a part of the activities you can do at this place. 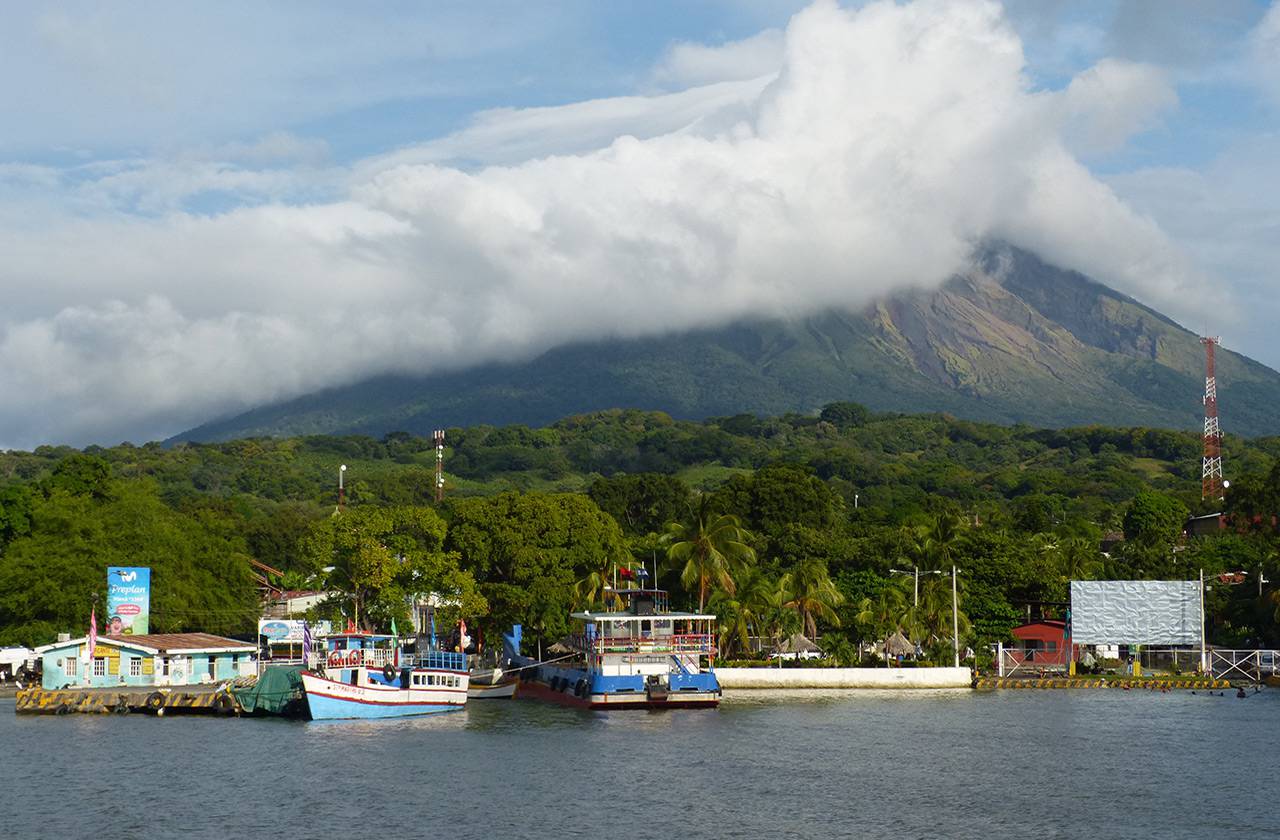 After you enjoyed Nicaragua and its nice people, you can continue towards La Fortuna, Costa Rica, for two nights (it is a long day of driving, but it is worth it). La Fortuna is the most visited destination in this country and home to the imposing Arenal Volcano. The area offers many adventurous and cultural activities, but you can also just enjoy the thermal waters. And to end this trip in the best way you can imagine, you can finish it with three nights at the paradisiacal beaches of the South Caribbean in Costa Rica, for example in Cahuita or Puerto Viejo, from where it is possible to visit the beautiful Cahuita National Park. Or you can just enjoy the relaxing environment that dominated the Caribbean coasts in the countries of Central America.

I always recommend spending the last night in San José, so it is not that stressful to drive back to the capital and take a flight back home the same day.

Even though Nicaragua doesn’t count on a direct flight from Europe, many local airlines arrive in Managua. For the next itinerary, I suggest flying into San José, Costa Rica and take the flight back from the capital of Nicaragua.

As in the last suggestion, I recommend spending the first night in San José and from there, you can spend the next two nights in Tortuguero, the perfect destination to start your trip, due to the complex operation, including transportation, a local guide, meals, and activities. This allows the visitor a great start, and it is also important to mention that it is possible to see a great number of animals like birds, iguanas, monkeys, crocodiles, sloths, among others. 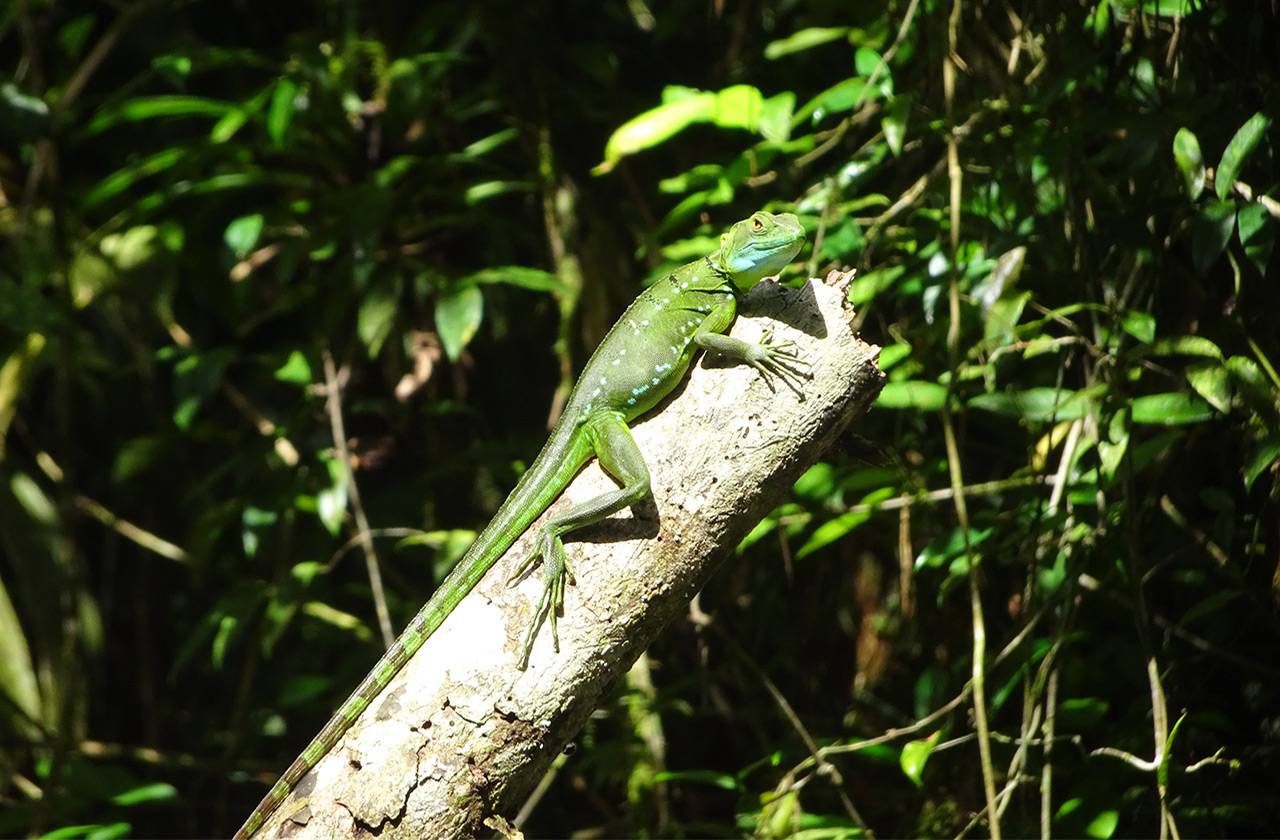 After Tortuguero, I recommend you to drive to La Fortuna for two nights and then go for a little bit of sun and beach. I recommend you to add three nights at any beach in the North Pacific, getting to know the province of Guanacaste, where you can enjoy the best and most beautiful beaches in Costa Rica. Some of my favourites are Nosara, San Juanillo, Guiones, and Sámara, because there is not that much tourism.

Now, after relaxing a little bit, the adventure continues in Granada, Nicaragua, where I recommend you to stay for two nights, and then going to Matagalpa, to the Natural Reserve Salva Negra, where the cloud forest dominates, which is characteristic for the heights of the mountains of Matagalpa. Here you can enjoy activities in nature, hiking trails and bird watching. They also do coffee tours on the property. 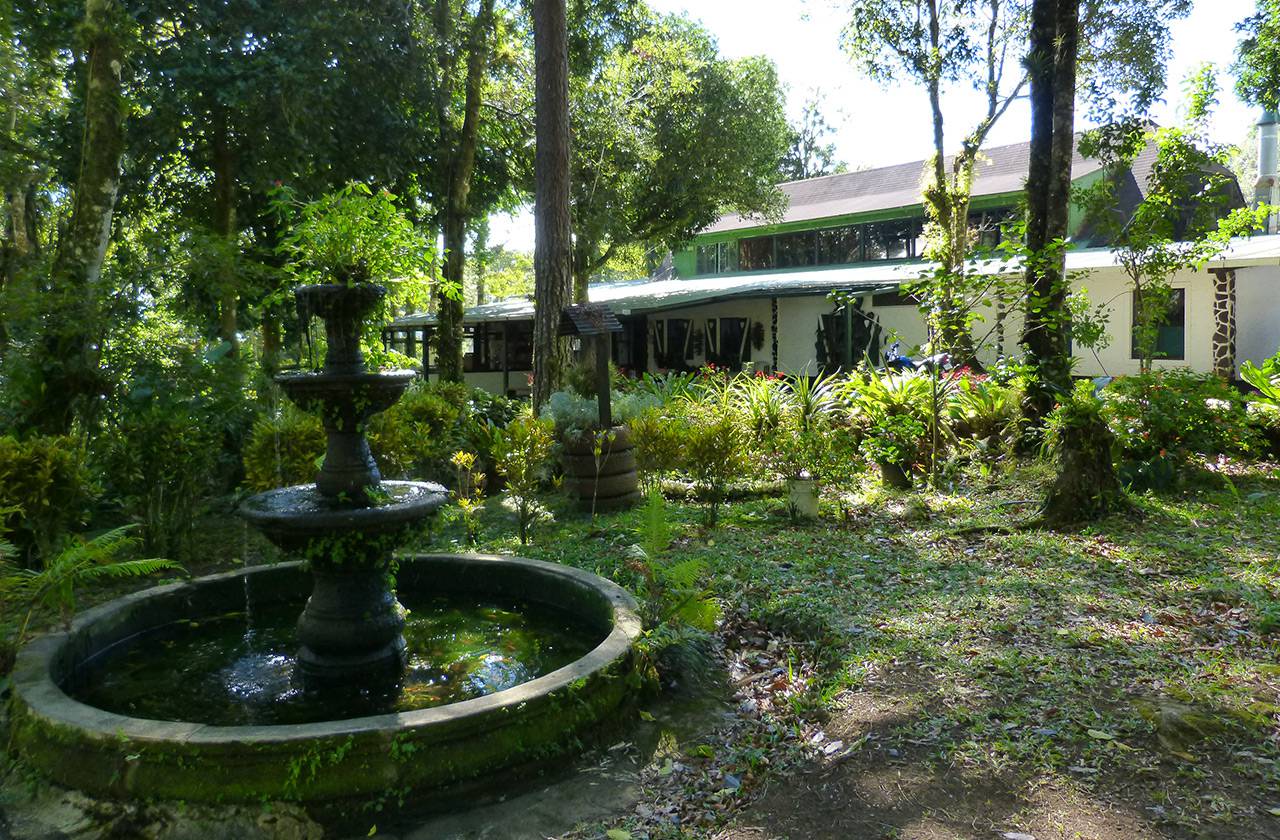 After two days in nature, I suggest going to San Juan del Sur and stay at least three nights. Even though going back to the south of Nicaragua might feel like repeating the way, it is worth it, since San Juan del Sur is one of the best beach destinations in Nicaragua. And it is not just San Juan del Sur, but also its surroundings, where you can find beaches that are listed as the most beautiful beaches on the coast of Nicaragua, for example, Playa Maderas, Playa el Coco, Playa Hermosa, among others. 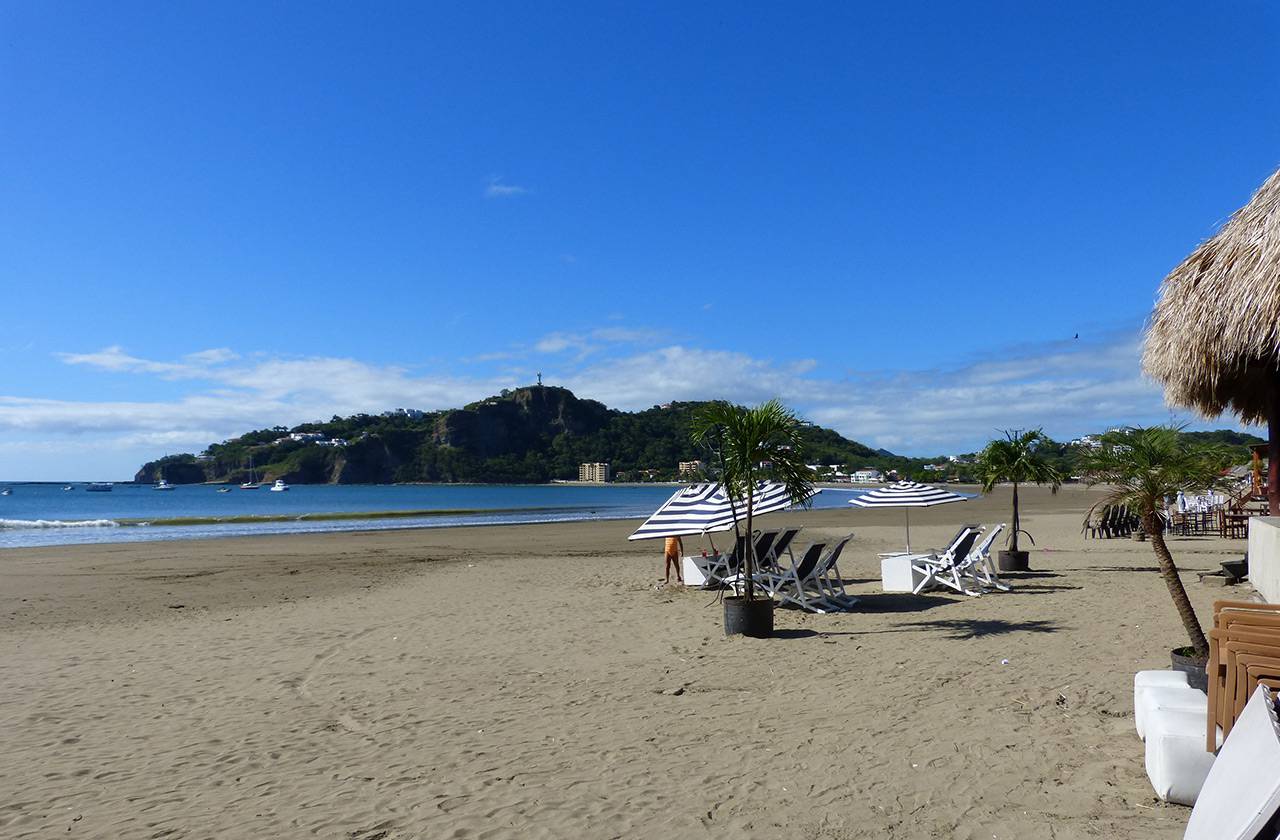 At the end of the road, you can take a taxi to the hotel in Managua.

There is so much to discover in both countries, and I think it was not possible to include everything in these two itineraries, for example, featured places like the Corcovado National Park in Costa Rica, or paradisaical places like the Islas Maíz in Nicaragua. I could not include them, but if you wish so, we can help you to extend the trip so you can visit those places. If you have questions, feel free to This email address is being protected from spambots. You need JavaScript enabled to view it., it would be a pleasure to help you.